Until the 30.9.16, the agreement of the written form in ABG is not yet inadmissible:

“A provision by which advertisements or declarations to be given to the user or to a third party are bound to a stricter form than the written form or to special access requirements;”

From the 1.10.2016, only text and less can be agreed – unless notarial certification is required:

“Even to the extent that a deviation from the legal regulations is permissible, in general terms and conditions is ineffective a provision by which advertisements or declarations to be made to the user or a third party are bound

In other words, if a written form is provided in GTC for the delivery of a declaration by the customer or a third party (e.g. “… is to be communicated in writing within 14 days….”), this is not with § 309 Nr. To reconcile 13 BGB. Such a clause would violate AGB’s law. The new GTC law allows the agreement of the text form. What is textual is governed by § 126b BGB:

“If it is prescribed by law, a legible declaration, in which the person of the declarant is called, must be placed on a durable medium. A durable disk is any medium that

1. It allows the recipient to store or save a declaration on the data carrier to him personally, in such a way that it is accessible to him for a reasonable period of time, and

2. It is appropriate to reproduce the declaration unchanged. “

A written form requirement agreed according to the 1.10.2016 in GTC would be ineffective, so that any form would be possible. For example, it could Then also verbality suffice.

A warning risk arises from a violation of § 1 Unterlassungsklagengesetz:

“Those who, in general terms and conditions, use provisions which are ineffective according to § § 307 to 309 of the Civil Code, or recommend for legal transactions, may, on omission and in the case of the recommendation, also avail of revocation be taken. “

Therefore it is appropriate to check whether your GTC contain a written form requirement and if necessary act!

Federal Government bill on the draft law to improve the civil enforcement of consumer protection laws of the 15.4.2015 (BT-Dr 18/4631) 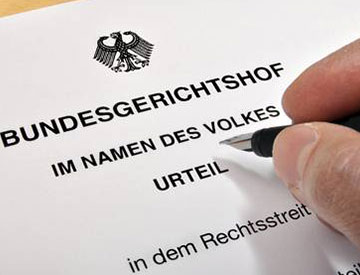 BGH: Termination without notice in case of late payment

Termination without notice and full compensation of the rent 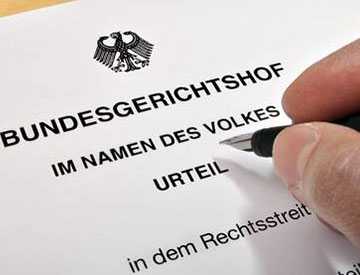